Discoveries
The Most Beautiful Christmas Trees Around the World

For many cities, the annual tradition of putting up a Christmas tree is a treasured one. Many of them have a story behind them and all of them provide a little dash of joy to our lives as the nights draw in and the temperatures fall. Here are our picks for the most beautiful Christmas trees around the world! 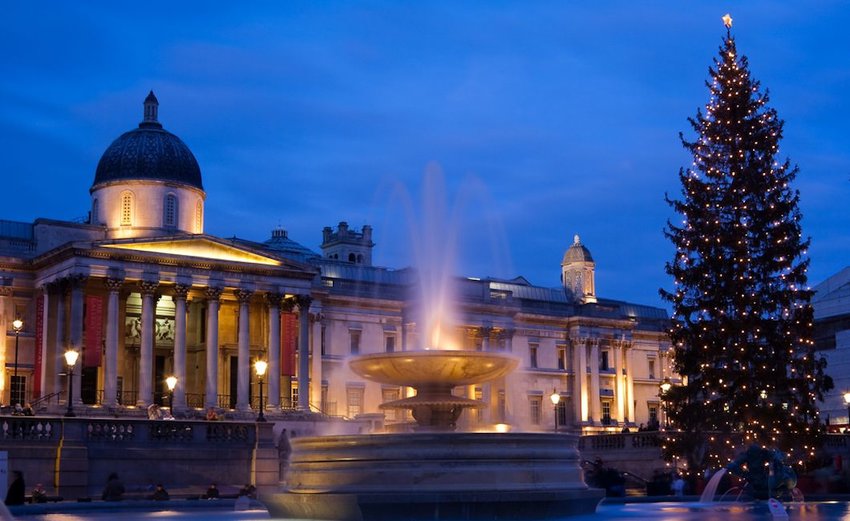 The tree that stands in Trafalgar Square is gifted each year from Oslo. Since 1947, a tree has symbolized the friendship between the two nations. It’s a token of their gratitude for the support shown by Britain during the Second World War, when the Norwegian government and its Royal family were forced into exile during the Nazi occupation. This year’s Norwegian spruce came from Ullevålsseter in Nordmarka and the tree always features vertical strings of lights, typical of the Scandinavian nation’s pared back style.

The iconic tree that stands in front of New York’s Rockefeller Center was originally designed as a pick-me-up for New Yorkers during the Great Depression in the 1930s. The first tree was erected on the site in 1931 by a bunch of local construction workers – two years later it would become an official city tradition. The ice rink followed in 1936. This year saw the 86th tree-lighting ceremony, and once the holiday’s over, the tree will be cut into lumber and donated to Habitat for Humanity, who’ll use it in home construction. 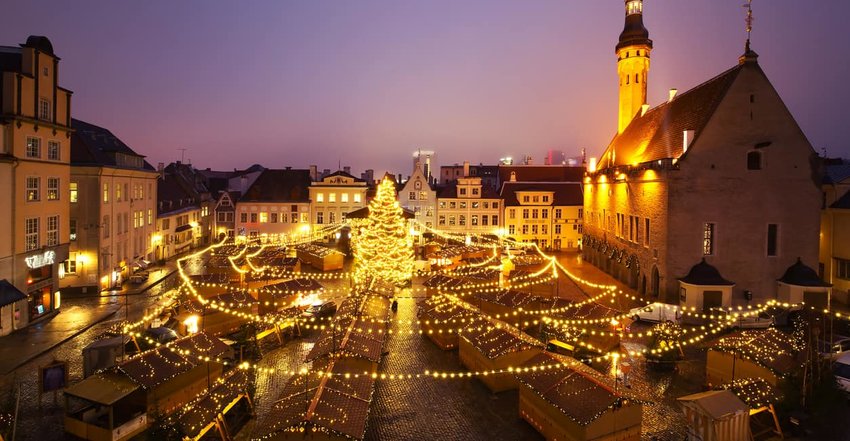 The Estonian capital claims to have been the first in Europe to erect a municipal Christmas tree, though this is disputed by neighboring Latvia, which asserts that Riga’s predated it. Both cities tell the story of the Brotherhood of the Blackheads, a merchant association that donated a tree. Each year, the tree is installed with much ceremony, though never more so than in 1711 when Peter the Great, the Russian Emperor showed up to oversee the proceedings. 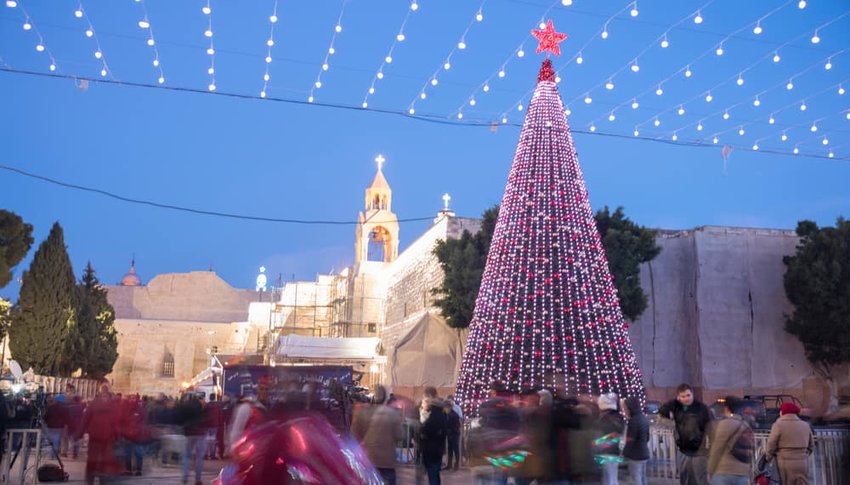 A Christmas tree is especially meaningful in Bethlehem, where it stands in Manger Square in front of the Church of the Nativity. Christians are a minority population here in the town commonly believed to be the birthplace of Jesus, though the town receives thousands of visitors in the run up to this important festival. 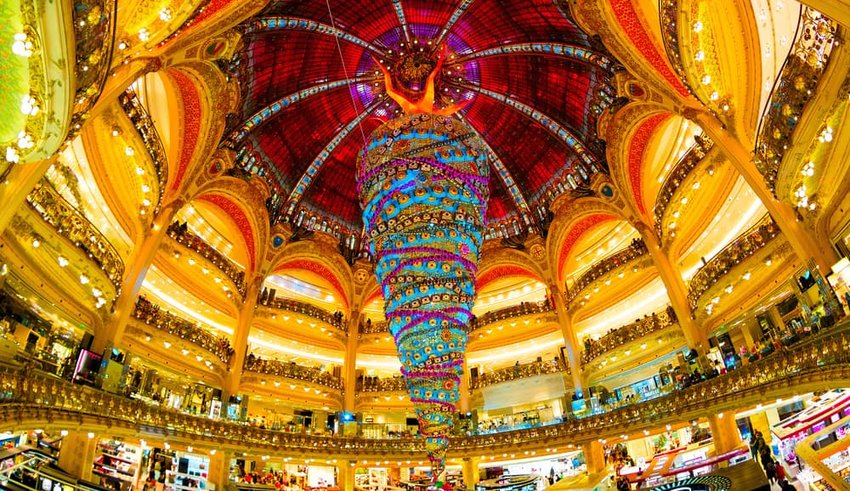 The window displays are delightful but it’s the tree inside the French capital’s most famous department store, Galeries Lafayette, that’s breathtaking. Each year, there’s a different theme – last year, it was the Dream Factory, sponsored by luxury watchmaker Piaget. In 2017, the opulent displays featured a tree made of balloons, thought by some to top the amazing upside-down tree that decorated the store a few years back. 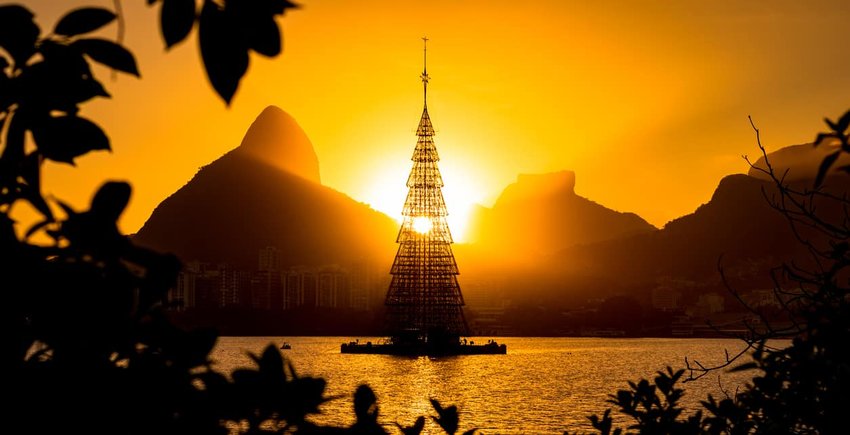 Rio’s Árvore de Natal da Lagoa returned last year after a two-year absence due to lack of sponsorship. That’s good news for Yuletide fans as it’s thought to be the world’s largest floating Christmas tree, occupying a prime spot in the Rodrigo de Freitas lagoon and lit with over 900000 LED bulbs. Thanks to the support of Petrobras, the 70-meter high tree was lit as part of a spectacular music and lights show.

5 Warm-Weather Alternatives to Florida for Your Retirement

These Ice Hotels Are Chillingly Beautiful

7 Best Pine Forests in the U.S.

The Quaintest Towns in America