General
5 Stunning Islands in the Philippines You've Never Heard Of

The more than 7000 islands scattered across the Pacific Ocean make up the Philippines, a nation that offers its steady stream of visitors a fusion of chaotic city and laid-back island life. Each carries its own unique personality, and whether it's a well-developed mega island with sophisticated infrastructure or a tiny island paved with dirt roads, each one enchants visitors with dazzling beaches and the omnipresent sea. Famous for its year-round sun and powdery sands, these tropical retreats are ripe for an island-hopping vacation. Though Boracay, Luzon, Palawan and the likes have paved their way onto the beaten path, the remainder have stayed under the radar, harboring hidden paradises. Here are 5 stunning islands in the Philippines you’ve never heard of. 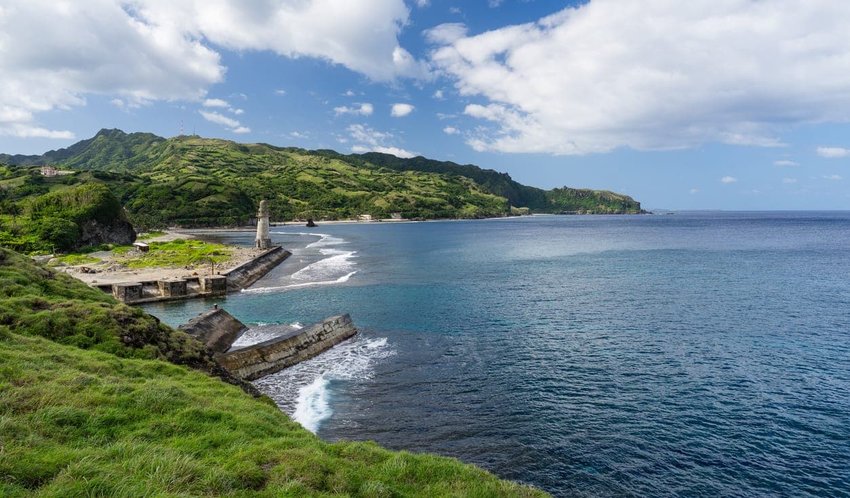 The Philippines’ smallest province is exclusive by geography. Afloat in the northernmost reaches right below Taiwan lies a group of ten islands, in which only three are permanently inhabited. The main island of Batan, isolated Itbayat and time-honored Sabtang boast the kind of tight-knit and laid back communities where doors are rarely locked.

Steeped in tradition, the Ivatan, the islands’ native inhabitants, continue to rely on the cultivation of garlic and yams as a source of income. The quintessential vakul still makes its appearance on some of the women here, a headpiece crafted from the native voyavoy palm to protect against the sun and rain. For men, the kanayi vest serves as a display of classic Ivatan culture. The idyllic landscape of the Batanes alternates between extinct volcanoes, craggy cliffs and verdant hills, enveloped by pristine coastlines where its turquoise waters meet the islands’ white sands. Time your visit to the Batanes between February and May when the weather is most pleasant and free from violent typhoons.

The adrenaline-fuelling speed and height of its year-round waves and the fabled break of Cloud 9 makes this largely off-the-beaten-path island a haven for avid surfers. Though this surf spot in the province of Surigao del Norte some 800 kilometers southeast of Manila has been a local favorite for many years, it has only just begun to gain attention from international surf bums through word of mouth.

Siargao Island remains tranquil, where secluded tidal pools and lagoons like Magpupungko and Tayangban, and the gentle waterfall of Taktak provide ample opportunity for cliff jumping. On any given day, hammock sitting is Siargao Island’s most popular pastime.

Shrouded in the mystery of black magic, this island's tales of witchcraft and sorcery make it an intriguing destination in the Visayas, and one that is predominantly warned against by Filipinos. Believed to be inhabited by healers, the practice of sorcery is still observed today, and traditional potions are brewed to treat a myriad of ailments.

Despite its mystic reputation, Siquijor brims with warm locals who are eager to welcome visitors to the island. Ancient caves, undisturbed forests and tumbling waterfalls make up the landscape of Siquijor, and its hidden beaches of Kagusuan and Paliton set the stage for an afternoon of picnicking and karaoke. Scuba divers eager to explore the island’s coastal waters will discover schools of manta rays and barracuda swimming amid a sunken Japanese ship spanning 60 meters in length. Connected by ferry to neighboring Cebu, Bohol and Negros, it’s not the enchanting mystery of black magic that will leave you spellbound, but the magic of Siquijor’s peaceful and picturesque landscape. 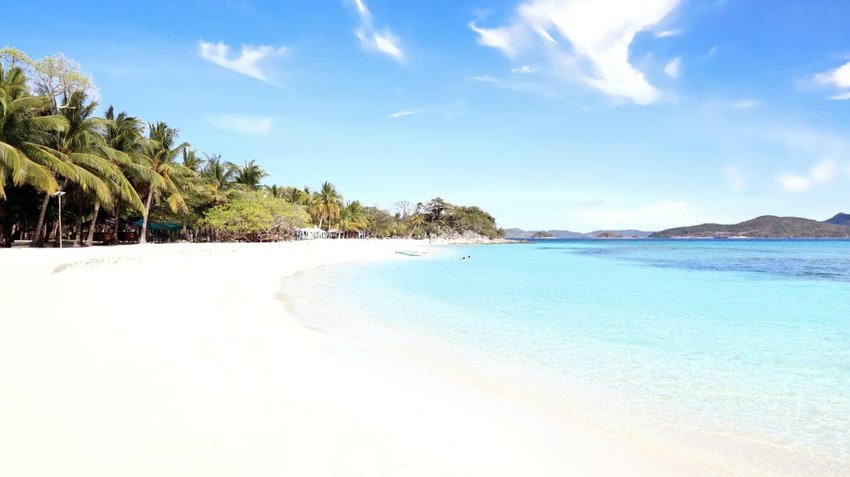 Coconut palms line the white powdery sands of Malcapuya Island, whose relatively underdeveloped beaches rival those of Boracay’s. Privately owned, yet still open to the public, the sparsely-populated island 30 km south of Coron town is a tropical hideaway. This hidden paradise is home to forested knolls that afford views of neighboring Bulog Dos and Banana Island, and sun-drenched beaches where the sounds of lapping waves permeate the air. The southern beach is a favorite on Malcapuya Island, where the waters are a gradient of blues that shimmer under the sun, and you’re met with giant clams and real life Nemos on any snorkeling adventure. 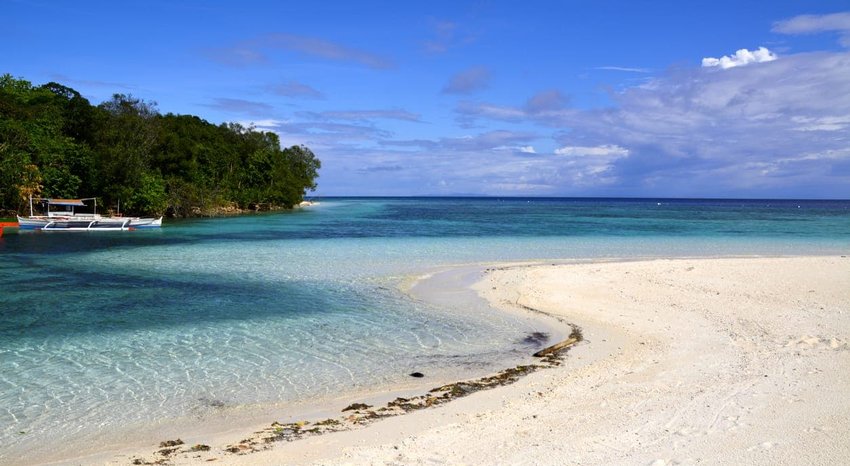 Officially declared a marine sanctuary and National Park, Mantigue Island Nature Park is both protected and governed under national law. The island was once a bustling fishing port, but only a handful of families remain at present since the government’s ban on the activity. The prohibition on fishing has preserved the kaleidoscope of tropical fish that inhabit the delicate coral reefs fringing the island, making its pretty white sand beaches ideal dive sites. Its plentiful marine life can also be observed from beneath your feet on glass bottom boat rides. Overnight stays on Mantigue Island are no longer allowed, but the island can be easily visited on a day journey from mainland Camiguin, a mere 20-minute boat ride away.