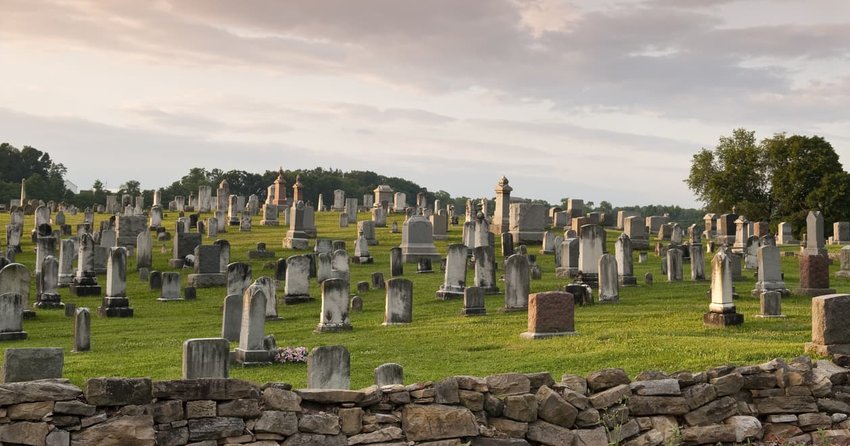 5 U.S. Towns with a Crazy History

When it comes to traveling America, its sprawling metropolises may be the obvious choice, but hidden across the nation are a number of quirky small towns with undeniable eccentric charm. With unique beginnings and a crazy history, the oddities of America’s small towns make these strange and off-the-beaten-path destinations worth seeking out.

Just 10 miles south of San Francisco lies the town of Colma, housing a handful of peaceful communities and some 2,000 residents. Its manicured lawns and quaint roads hide a crazy past, one that you will never guess. This town boasts a dead to living ratio of roughly 1000:1.

Nearby San Francisco began as a bustling gold rush town in 1849, luring thousands of hopefuls from across the nation and those looking to escape the Irish famine to settle in the prospective city. Though many unfortunately didn’t strike gold, they remained in San Francisco in pursuit of brighter futures, contributing to a spike in population. Living conditions were crowded and unhygienic, often slum-like, causing disease to spread rapidly.

By 1900, San Francisco’s prime real estate was dominated by cemeteries, and the city declared that only the living were allowed to remain. Bodies were exhumed and Colma, underpopulated and underdeveloped yet easily accessible by horse and carriage at the time, inherited San Francisco’s corpses. Today, the City of Souls bears the slogan of “It’s great to be alive in Colma.” 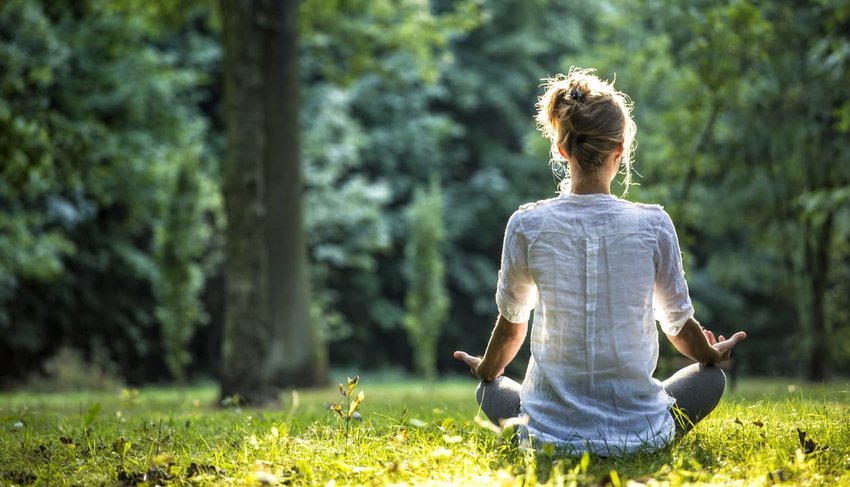 Iowa’s youngest city came into existence in 2001 when a real estate developer and yogi created a place of ideal living based on ancient Hindu Vedic principles, paying homage to spiritual guru Maharishi Mahesh. Promoting balance and harmony, each home faces east and is equipped with a silent space called Brahmasthan, topped with a golden ornament on its roof. The humble homes are arranged in ten concentric circles, believed to encourage fortune, health and happiness among the households according to Vedic architectural laws.

The city is also an advocate for the Earth, banning the use of pesticides and the sale of all non-organic foods, and supplying the town’s electricity from renewable sources. Its plans include developing 100 acres of greenhouses to grow organic produce for its residents.

Though Maharishi Vedic City prides itself as a destination of ideal living, it harbors a grim piece of history. According to Vedic principles, a certain number of Hindu scholars, or pandits, are required to reside in the town in order to reach peace. As a result, a few hundred pandits were transported from India to reside in makeshift trailer homes in a separate fenced off area on the outskirts of Maharishi Vedic City. 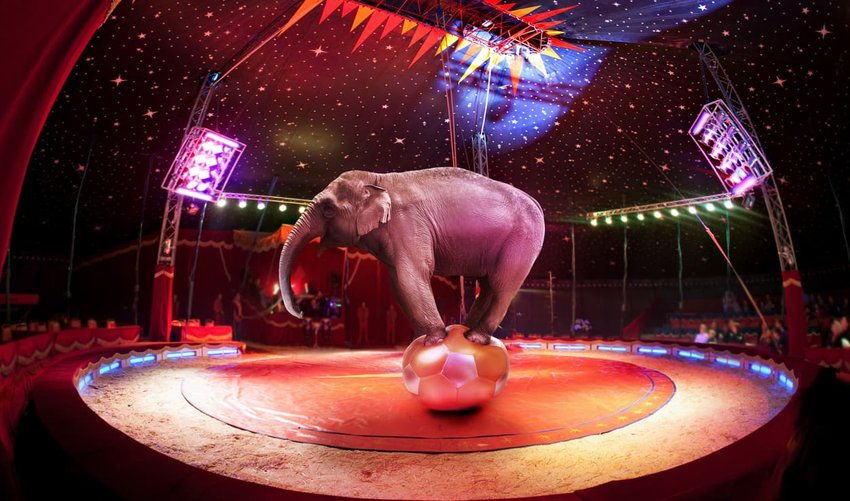 In its heyday in the first half of the 1900s, when carnies dominated the entertainment scene, fire eaters, bearded ladies and sword swallowers roamed freely in Gibsonton, Florida, a hub for some of the world’s greatest sideshow acts. Fondly nicknamed Gibtown by its 8000 or so residents, this was a welcoming place for those who didn’t quite fit into society, a place where Siamese twins ran the local fruit stand, and Melvin Burkhart entertained bar goers by hammering six-inch nails into his nose at the Showman’s Lounge.

Only 12 miles south of Tampa, this was the only place in America that allowed its residents to keep elephants and monkeys on their front lawn. The population of Gibsonton fluctuated throughout the year, corresponding to the carnival schedule, dropping significantly in the spring when fairs were in full swing, and spiking in the wintertime when it became a vacation destination for off-season carnival folks. Gibsonton flourished into a community of unconditional support for extraordinary people.

As amusement rides and games grew in popularity at fairs over the years, Gibtown dwindled in population, though descendants of a few of the most famous carnies still reside here. For a nostalgic whiff of cotton candy and old school kettle corn, take a drive past the remains of amusement rides and concession trailers of Gibtown. 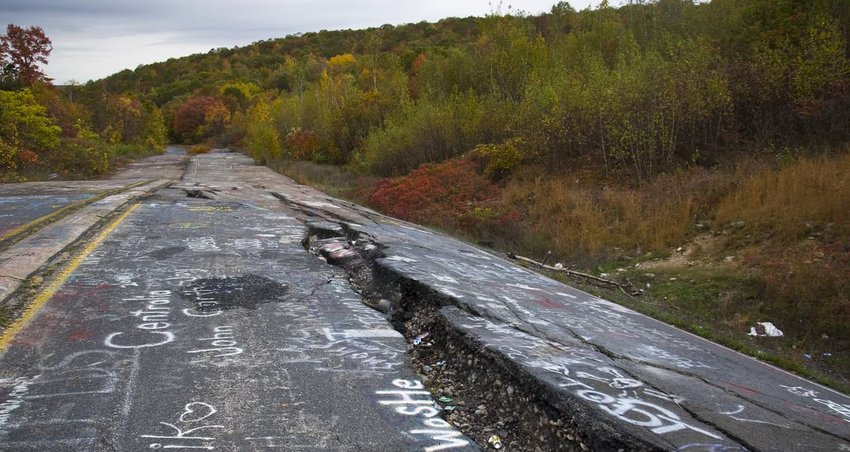 What was once a sprawling landscape of mountains and pristine wilderness has developed into a town of bottomless sinkholes and toxic gas. Inhabited by Native Americans until 1749 when they sold it to colonials for $650 USD, the discovery of anthracite coal led Centralia to develop into a bustling mining town. At its peak, it was home to almost 2800 workers, boasting its very own schools, churches and saloons.

When five firefighters participated in the Memorial Day ritual of burning garbage behind the town’s Odd Fellows Cemetery in the spring of 1962, they unintentionally lit the site of an anthracite coal mine into flames. The blazing fire quickly migrated into surrounding mines, and all attempts to extinguish it failed for decades to come. Residents fled Centralia at the onset of carbon monoxide related health concerns, and by 2010, less than a dozen of the population remained. Experts predict the fire to continue burning for the next 250 years. The state of Pennsylvania announced that new residents are not welcome in Centralia due to its sinkholes and hot-to-the-touch highways, and the town will see its end when the remainder of its population dwindles to zero. 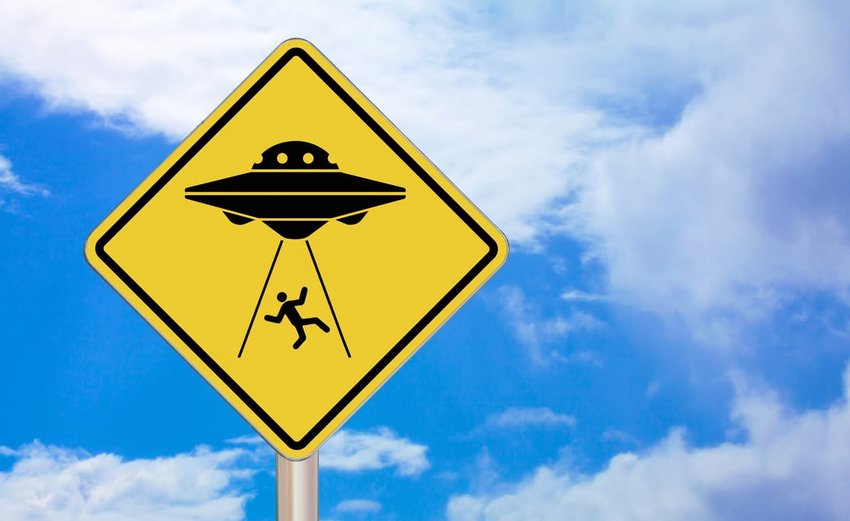 Roswell, New Mexico put itself on the map when news of a UFO crash sighting broke out in July 1947. Strewn at the site of a sheep pasture 75 miles from Roswell was a collection of unidentifiable debris. Foil reflectors, pieces of plastic and metallic sticks led the witness, Brazel, to believe that these were the remains of a flying saucer.

Though officials from the Air Force insisted these mysterious objects resulted from a weather balloon crash and the local paper, the Daily Record, retracted its initial story of the strange discovery, the majority of the public maintained that a UFO was found and the extraterrestrial occupants captured, followed by an attempt at a cover up by the military. The UFO sighting became the center of a number of conspiracy theories and of intense controversy, drawing a crowd of tourists to the crash site each year.