No, it's not a typo. When you think of ski destinations, Africa is not the first place that comes to mind. Most people associate this continent with wildlife-filled plains or sweltering sand dunes - not snow-covered peaks. So, instead of heading to the Serengeti for a safari, why not pack your ski boots and check out the amazing slopes of the Atlas Mountain in Morocco or make a bee-line to the Maluti Mountains of Lesotho, home to the highest ski spot on the continent? You will be pleasantly surprised as you discover these 5 best snowy peaks in Africa.

Sitting high in the Maluti Mountains, on the northern border of South Africa, you will find one of only two ski resorts in a real-life African kingdom — AfriSki in the Kingdom of Lesotho. Afriski is perched nearly 2 miles above sea level, making it the highest-altitude ski resort in Africa. This mountain getaway is perfect for all ages of skiers and offers amazing accommodations, boasting loads of nightlife and après ski opportunities. Bring the whole family and stay in a mountainside chalet for an incredible ski holiday in this rugged mountain kingdom.

The Atlas Mountains in Morocco may be your best bet to hit slopes that rival the ski resorts of Europe or the United States. By far, the best spot to ski in Africa has to be the trendy resort of Ifrane, “The Switzerland of Morocco.” Ifrane was built by the French in the 1930s who wanted to recreate an alpine-style village in North Africa. Today it's a sought-after winter destination for wealthy Moroccans who come to play in the mountains blanketed by pure white snow. If you want another choice of where to ski in Morocco, give Michlifen (which means "snowflake") a shot. This resort has been referred to as “Moroccan Aspen” because it is so popular with skiers and snowboarders. It even attracts royalty—King Mohammed VI of Morocco has a large palace here and spends time on the slopes. For a ski holiday to remember, stay at Michlifen Resort and Golf, a 5-Star resort that boasts a luxury Alpine chalet atmosphere. 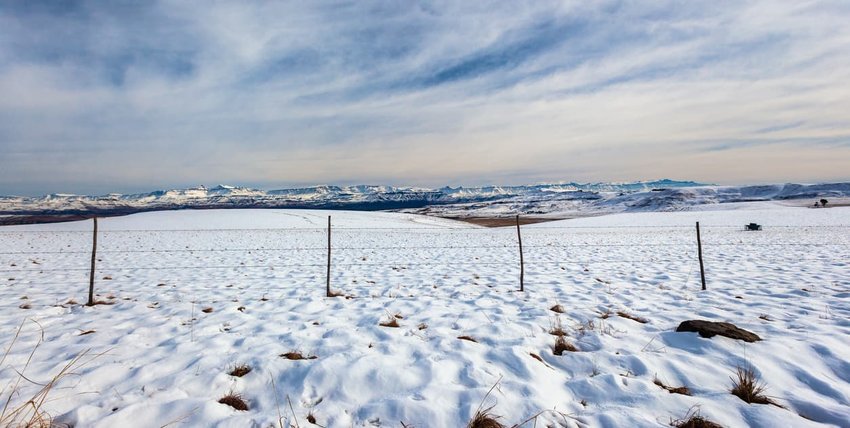 If you are enjoying a safari in Kruger National Park and get the urge to experience skiing “rainbow nation” style, head to Tiffindell Ski and Alpine Resort in the Drakensberg Mountains of South Africa. Sitting at an elevation of over 9,000 feet, you will truly get a ski vacation that rivals Aspen. Since Tiffindell is located in the southern hemisphere, they are only open for business during their winter—June, July and August. Don’t worry about having enough snow; they have some of the best snow-making machines in the business. How good are the slopes? Good enough that the only International Ski Federation (FIS) races on the African continent are held here every year.

No, we are not suggesting that you can ski down the Pyramid of Giza in the middle of the Sahara Desert! You can, however, plan a trip to Africa’s first and only indoor ski resort at Ski Egypt's Snow Park. Strap on your skis and take to the slopes in this snow-filled winter wonderland right in Cairo’s Mall of Egypt. Dubbed the North Pole of Egypt, Ski Egypt was opened in 2016 to great crowds and continues to be a haven for ski bums and the curious alike (they even offer ski lessons). There is something fun for the entire family, from real ice caves to rides on the Polar Express train.

High in the Djurdjura Mountains of northern Algeria, you will find the ski resort of Tikjda, a prime spot for skiing, snowboarding and sledding. Tikjda is a mile-high resort in the province of Bouïra which is very popular with Algerians and is making a comeback with the foreign tourist crowd. Resort facilities may be a bit more basic than some of the European ski lodges, but the scenery is spectacular and the people very friendly. Those who are not into sliding down the slopes can set out on a picnic among the mighty cedars or build a snowman in the winter wonderland of Tikjda.