Discoveries
Sumptuous Street Food You Have to Try

Street food is a lifeline for travelers on the go, a pick-me-up snack before boarding long-distance trains or overnight buses. But those in the know also see it as a great way of connecting with the locals and trying some of the freshest and tastiest dishes in the countries they visit. Ditch the restaurant on your next trip — here’s the street food you need to try. 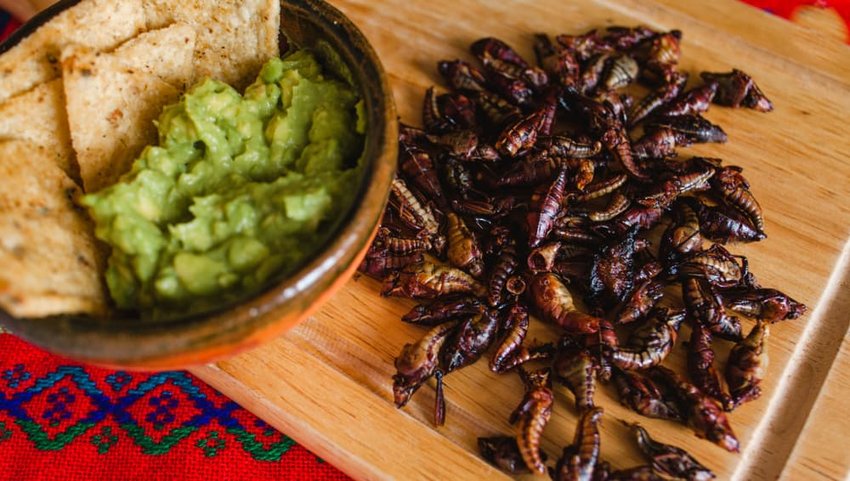 On the face of it, you’d think you’d need a strong stomach for this Mexican street food favorite, deep-fried grasshoppers, most commonly found in and around Oaxaca. In fact, crunchy and salty, they’re delicious – and not unlike pork crackling. They’ve been a thing since the Spanish Conquest, so if you haven’t tried them yet, you’re only five hundred or so years behind the times. What are you waiting for? 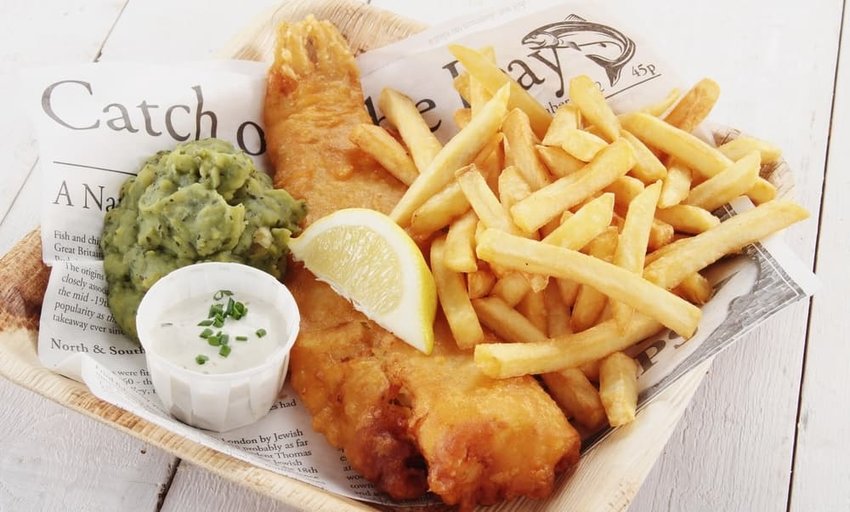 Every Friday, portions of fish and chips make their way home to many a household too lazy to cook dinner at the end of the working week. But this Great British staple somehow tastes better out of the paper than on a plate, never more so than perched on a cold concrete sea wall in the off season after a bracing winter walk. Try the chippie in Aldeburgh, Suffolk – there’s a reason why queues stretch around the block even when it’s raining. 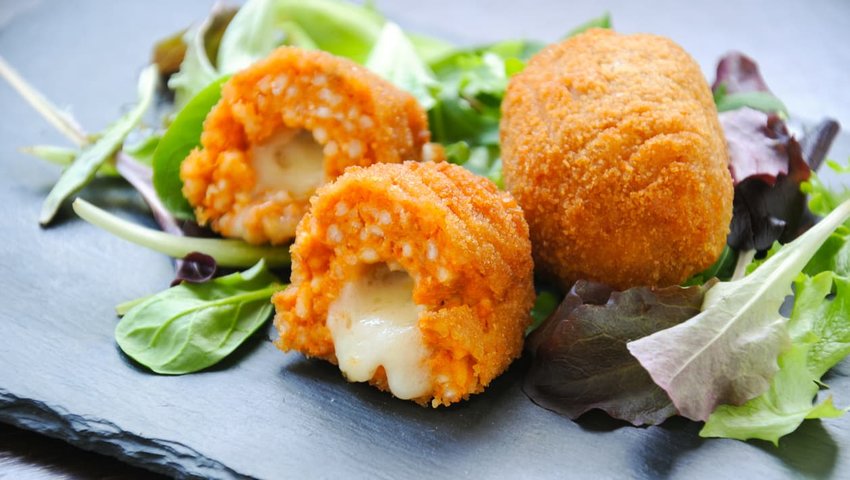 You could be forgiven for thinking that Italian street food began and ended with gelato, but if you’re on the hunt for a savory treat, then you could do far worse than try supplì. You’ll find these yummy snacks in Rome: rice balls in tomato sauce stuffed with mozzarella, coated with breadcrumbs and deep fried. Pull them apart in your fingers and you’ll soon see why they have the nickname “supplì al telefono” – the hot mozzarella stretches to resemble a phone cable. 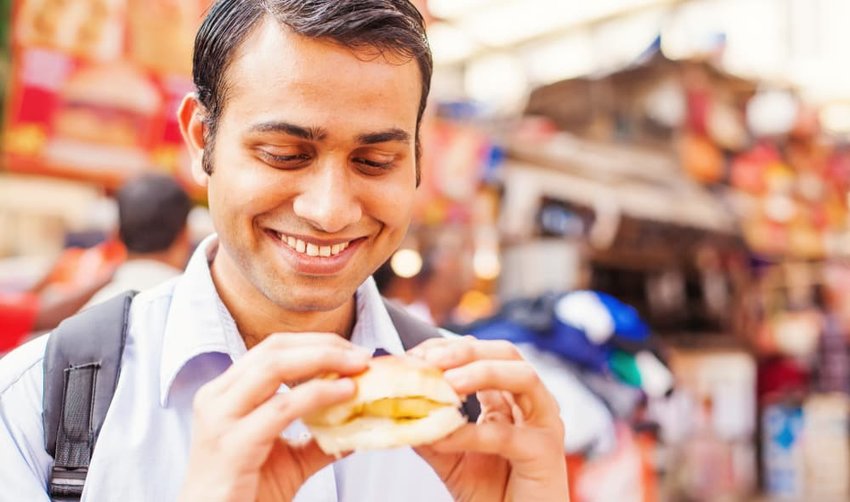 If you’re planning a trip to Mumbai and other Indian cities, you’ll get the chance to try Vada Pav, the local answer to a veggie burger. The patty is made from spicy potato, deep fried in flour and served with flavorful chutneys. 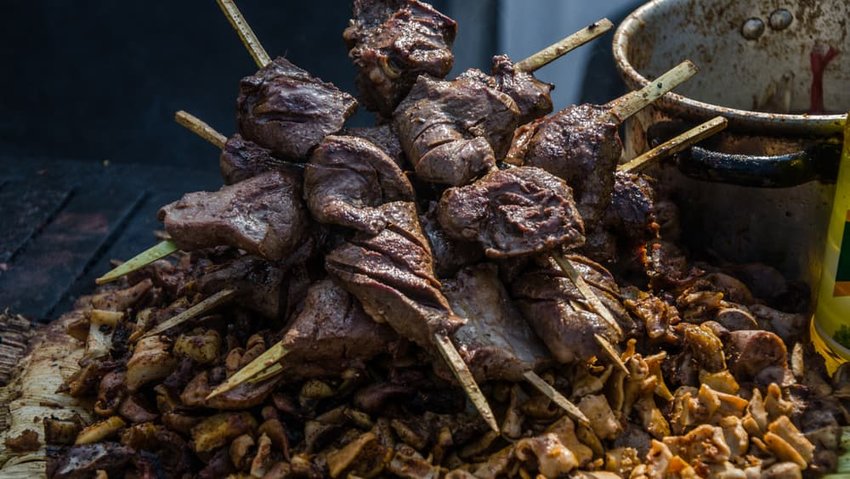 On roadside stalls in the highlands of Peru you’re likely to come across anticuchos de alpaca. In various forms – sometimes you’ll see beef or llama meat instead of alpaca - they’ve been popular for centuries. These kebabs made from juicy cubes of barbecued meat are a tasty and easy-to-eat snack. Some vendors will pop a jacket potato on the end of your stick to make this a complete meal. If you’re on the go, you can’t do better.

German sausage, collectively known as wurst, has been a local favorite for centuries. Each region is associated with a different type, so in Nuremberg you’ll enjoy Drei im Weggla – three little sausages sandwiched between a crusty bap and liberally spread with mustard. In Munich, Weisswurst, a white veal and pork sausage, has been a thing since 1857. Newest of all is the ever-popular currywurst, popularised by American GIs stationed in Berlin after the Second World War. 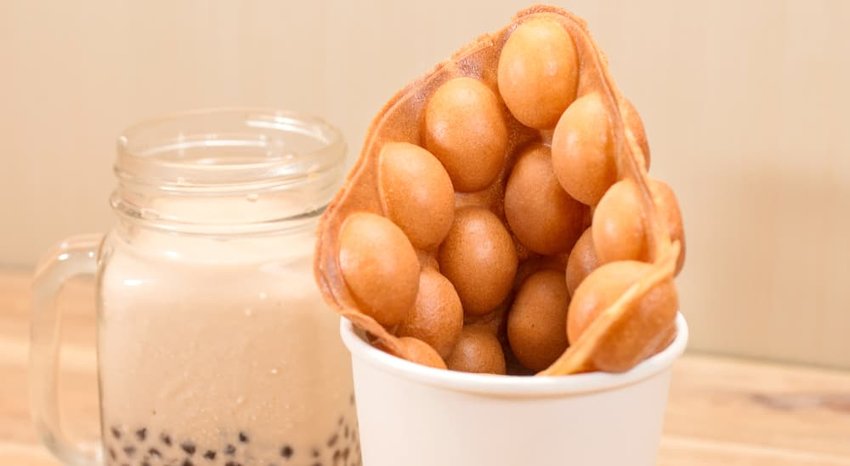 So the story goes, Hong Kong egg waffles, also referred to as egg puffs or bubble waffles, originated in the 1950s. A store keeper received his eggs but they were all broken. To cut his losses, he devised a snack, mixing the eggs with sugar, milk, butter and flour which was baked in moulds. Voila! The egg waffle was born. 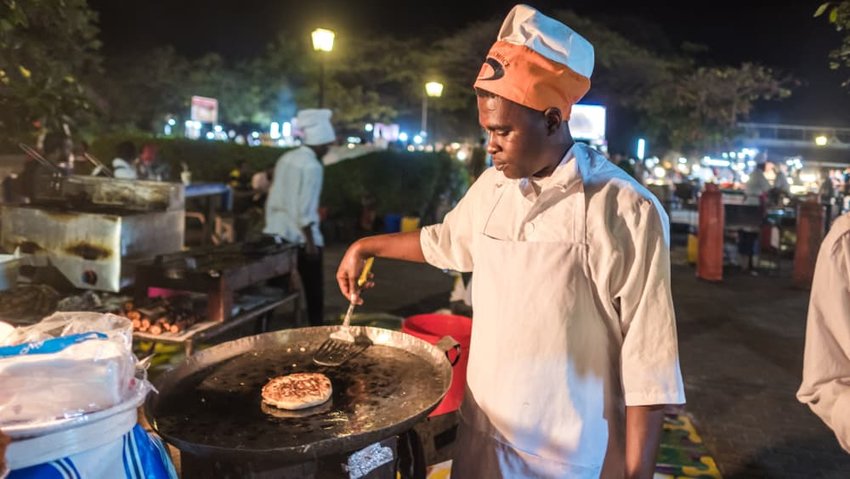 Forodhani Gardens on Stone Town’s waterfront on the island of Zanzibar revs into life at sunset every evening, a mass of food stalls selling all manner of dishes. The most popular takes its name from the place itself but is also referred to as “Zanzibar pizza”. It’s a combination of vegetables, egg and mayonnaise (sometimes with meat added) that are wrapped in very thin dough and then fried.