Discoveries
4 of the Best Day Trips From Rome

Rome is a hard act to follow, with its many archaeological sites, historic churches and charming squares, fountains and cafés that are liberally scattered throughout the city. But if you can bear to drag yourself away, there are many nearby places just waiting to be explored. Here are our picks for the best day trips from Rome.

The Historic One: Pompeii 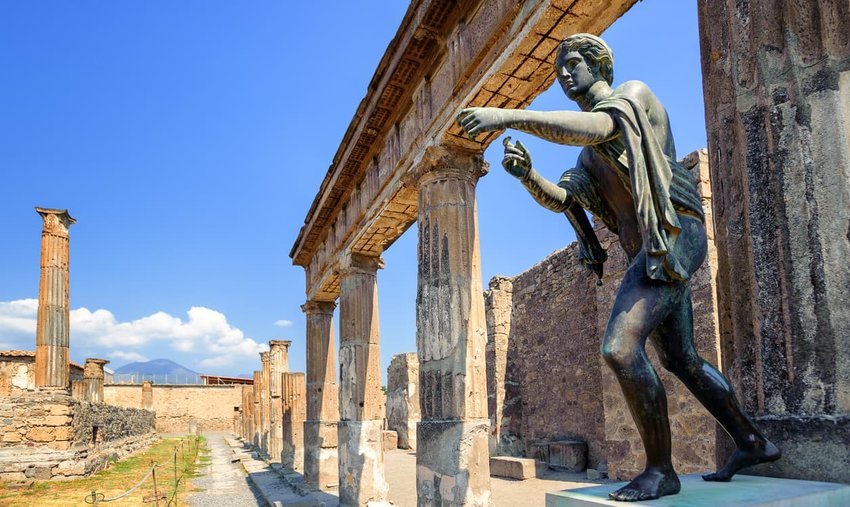 Devastated by a cataclysmic eruption when Mount Vesuvius blew its top in 79 AD, Pompeii is one of the most moving archaeological sites in the country. You can only imagine the shock and horror as the pyroclastic flows crashed into the streets and homes; the unfortunate residents didn’t stand a chance. Once a thriving village, the painstakingly restored remnants of this two-thousand-year-old settlement reveal what life was like for the ancient Romans. Look closely and you’ll see cart ruts in the stone, colorful mosaics and even wall art from a brothel. It’s an ambitious but doable day trip from Rome, thanks to Italy’s high-speed trains, and is more than worth the early start. Early risers might even squeeze in a visit to nearby Herculaneum, Pompeii’s overlooked but equally compelling neighbor.

The Religious One: Assisi

Assisi was the birthplace of many saints, but the most famous of all is Giovanni di Pietro di Bernardone, better known as St Francis. The town’s main draw is the monastery that bears his name, adorned with 13th-century frescoes commemorating his passion for nature and wildlife. But to assume that Assisi is a one-trick pony would be to seriously underestimate the beauty of its setting. This delightful Umbrian hill town clings to the lower flanks of Mount Subasio, its medieval stone buildings the perfect complement to the dense forest that creates a verdant backdrop. Presiding over the town is the ruined castle of Rocca Maggiore, or High Peak. Hike to the top for breathtaking views across the city and beyond.

The Beach One: Santa Marinella 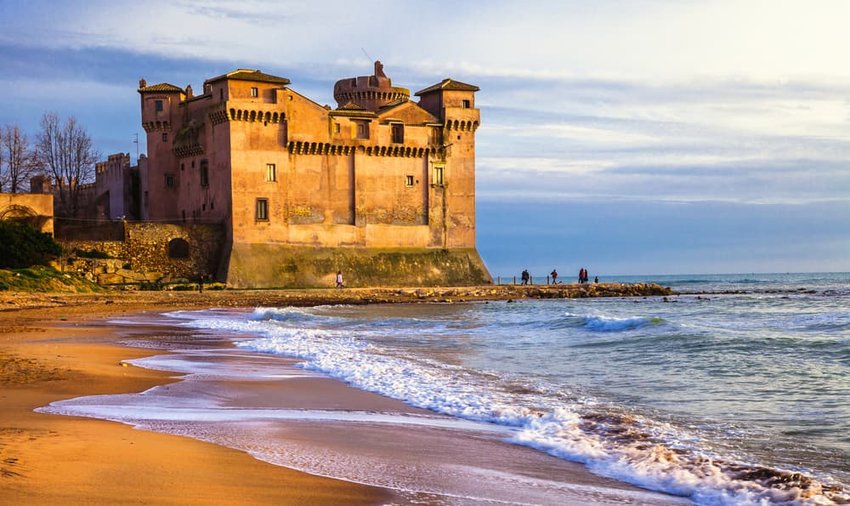 Under the scorching sun of an Italian summer, the heat radiating from Rome’s pavements can become almost unbearable. A trip to the seaside is just the ticket if you’re in need of a breather. The pretty resort of Santa Marinella is under an hour from the center of the city, but stop by Santa Severa on the way to visit its spectacularly-located beachfront castle. Midweek, you’ll have plenty of space to spread out your beach towel on the sand, or do as the locals do and rent a lounger and umbrella from one of the stabilimenti. Luxuriate with a dip in the refreshingly clear waters of the Mediterranean Sea and wash off all that city dust and grime. Before you head back to Rome, treat yourself to a meal at one of the many excellent seafood restaurants along the waterfront – the fish is as fresh as it is delicious.

The Wine Lovers’ One: Orvieto

Perched on a hill overlooking the Umbrian plains, Orvieto is a striking sight from a distance and even more captivating close up. A historic old town packed with medieval palaces and churches sits above a subterranean network of caves, wells and tunnels. Save your legs and ascend via funicular. Lift your gaze for a moment and you’ll see that rows of grape vines line the surrounding countryside – the volcanic soils in these parts are well suited to cultivation. Orvieto is famed for its Classico wine and there are plenty of cellars happy to throw open their doors to welcome you for a tasting. Many of the local wineries combine such tastings with hikes in the surrounding countryside. Wrap up the proceedings with a glass or two of crisp, fruity white before you make your way back to the capital.

7 Adventures at the Outer Reaches of Cape Cod

10 Great Foods to Try in Portugal