General
7 Best Fireworks Displays from Around the World

Have you ever noticed that fireworks are usually present at all of the best events? From national holidays like Independence Day and New Year's, to backyard barbeques and romantic weddings -- fireworks often signify excitement and celebration. From the most creative to the most sparkly, we rounded up 7 of the world’s best fireworks displays you won’t want to miss.

As one of the largest fireworks displays in North America, Thunder Over Louisville’s annual event kicks off the Kentucky Derby each May. But the display seems to have garnered more attention than the derby itself, with hundreds of thousands of spectators watching over 60 tons of pyrotechnics exploding in the Kentucky sky! 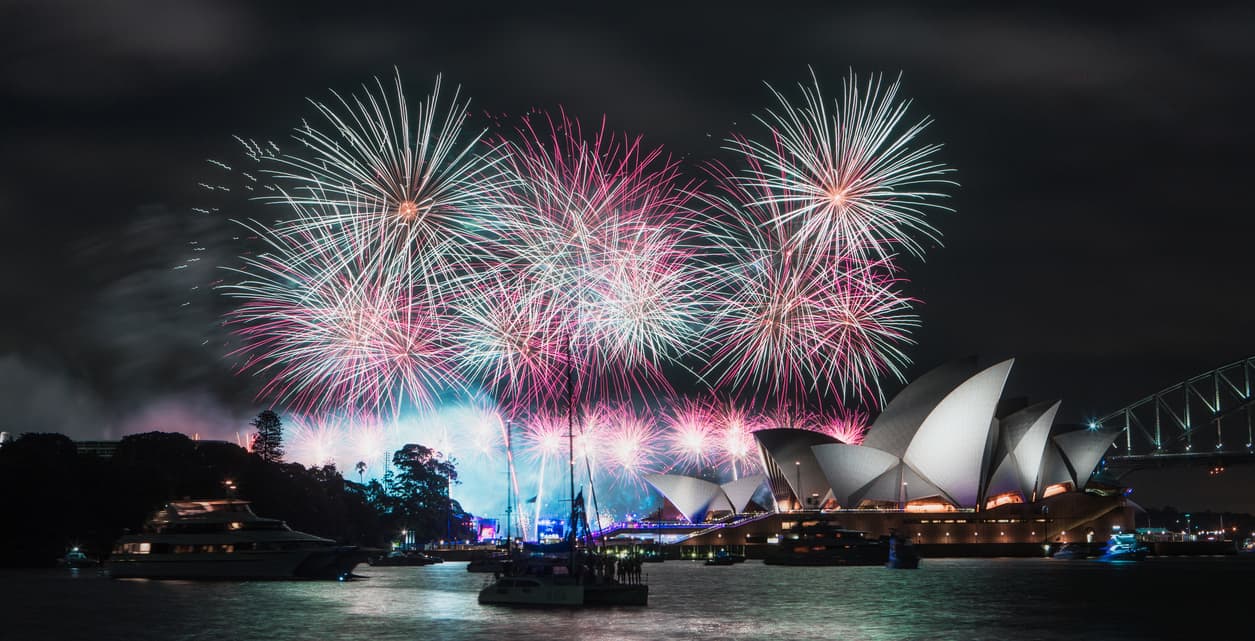 Sydney is one of the first major cities to ring in the new year, and they do it in style with a fantastic fireworks show. Bright bursts of light shower over the famed Sydney Harbor, illuminating the Opera House with fantastic colors. Even the docked ships get involved, decorating their decks with lights before the big show. If you're in town, be sure to get there early, as people begin claiming their spots in the morning to snag a good view of the spectacle. 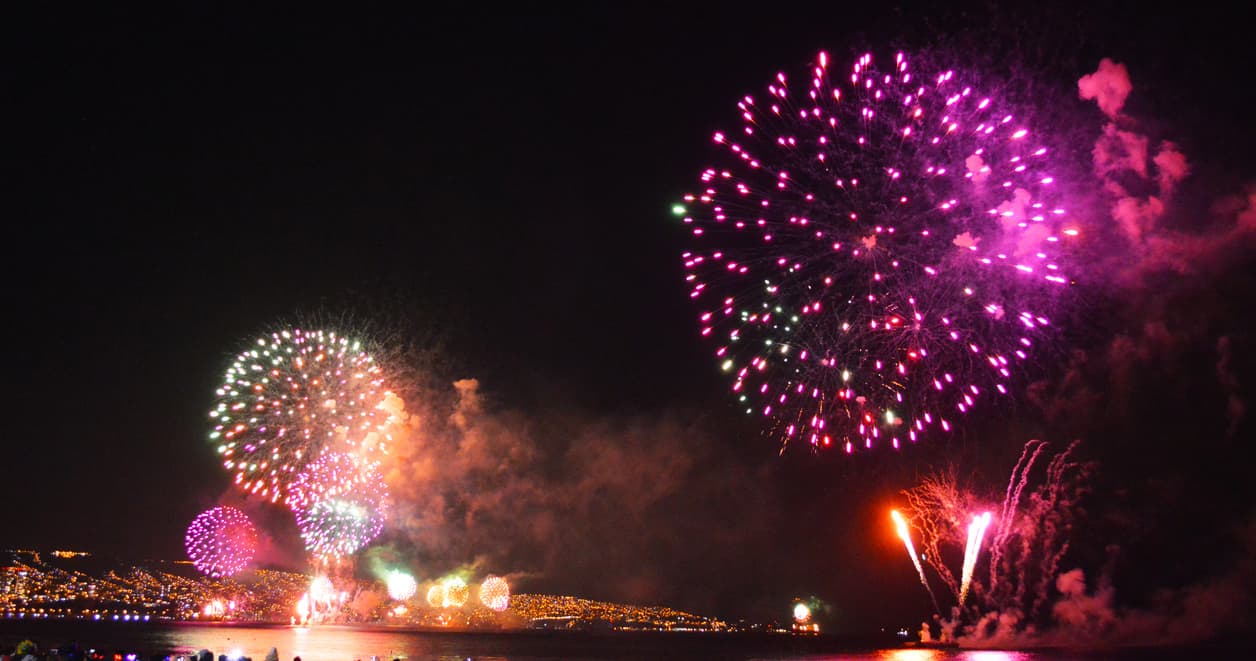 If you want to escape the cold during New Year's Eve, head south to Valparaíso, Chile. Boasting incredible nighttime views and a Guinness World Record fireworks, you know you're in for a treat. It's the biggest fireworks show in South America, and in true South American fashion the show is accompanied by street parties and plenty of dancing.

Learn more about this vibrant South American city in our Valparaíso edition!

If you hate loud noises, maybe avoid Montreal in the summer. The Montreal International Fireworks Competition is the largest fireworks competition in the world. The displays are set to music, and pyrotechnic companies across the globe put on their best show for a whopping 3 million spectators over the month of July. Grab some tickets for premium views or park yourself on a picnic blanket and enjoy for free.

It seems only fitting that the tallest building in the world has one of the best fireworks displays. Every New Year's Eve, the Burj Khalifa and surrounding buildings put on a display that takes advantage of their height and lights up the sky with not only pyrotechnics but laser beams and LED lights too. 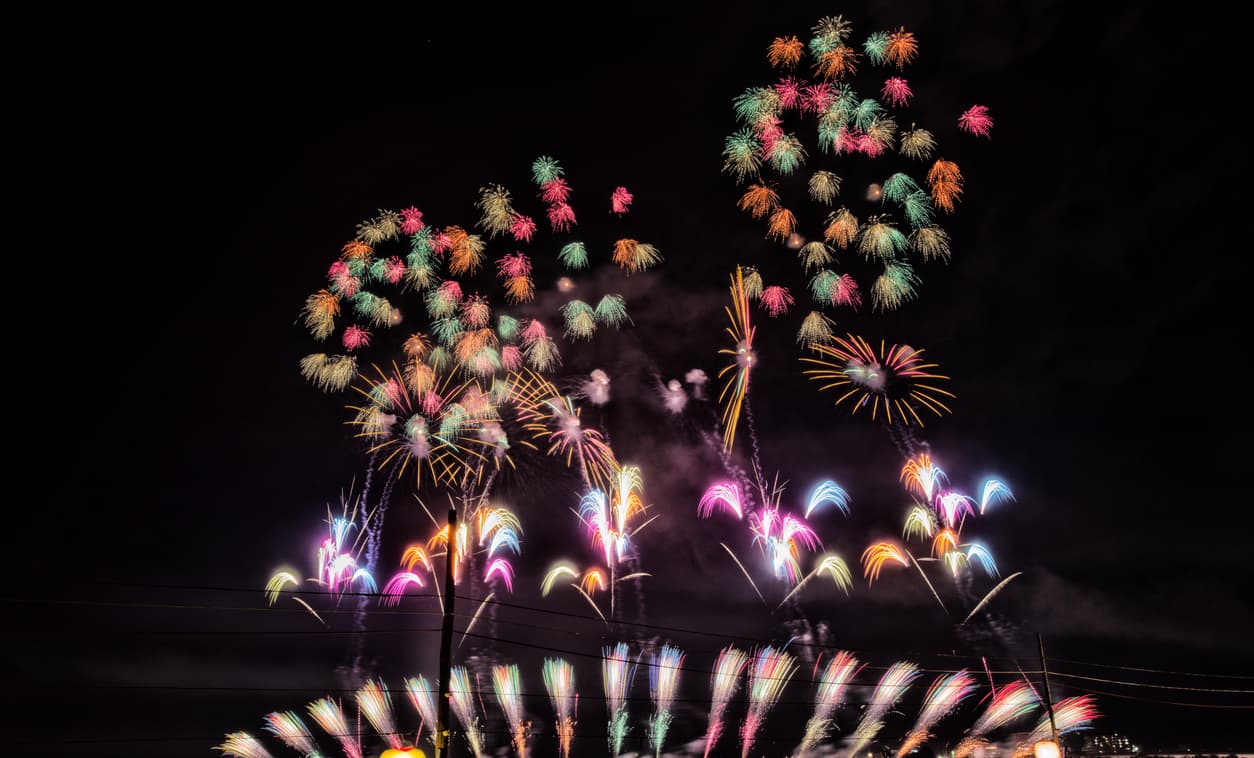 If you’re a fan of Guinness World Records, or just really cool fireworks, The Katakai Fireworks Festival in Niigata is the place to be. They hold the record for the largest firework launched, ever. Shooting 2,700 feet into the air, the massive firework known as the yonshakudama ignited into an 800-meter diameter display.

No one does the 4th of July quite like the Capitol, and D.C.'s fireworks display is every patriotic American's favorite show! If you’re ready to rock the Red, White, and Blue, head to Washington in July to celebrate the nation's independence. Did we mention the National Symphony Orchestra performs to the colorful fireworks display overhead?

7 Adventures at the Outer Reaches of Cape Cod

10 Great Foods to Try in Portugal