Travel Tales
What are the Azores and Why is Everyone Visiting?

From stunning aerial videos of rolling green mountains to snaps of impossibly blue water, it seems visual traces of the Azores are everywhere these days. This nine-island archipelago sits in the mid-Atlantic off the Portuguese coast. Mother Nature has created a place of outstanding beauty, while Portuguese colonization and settlement has left an indelible mark on its culture. So why is everyone visiting this autonomous region of Portugal? 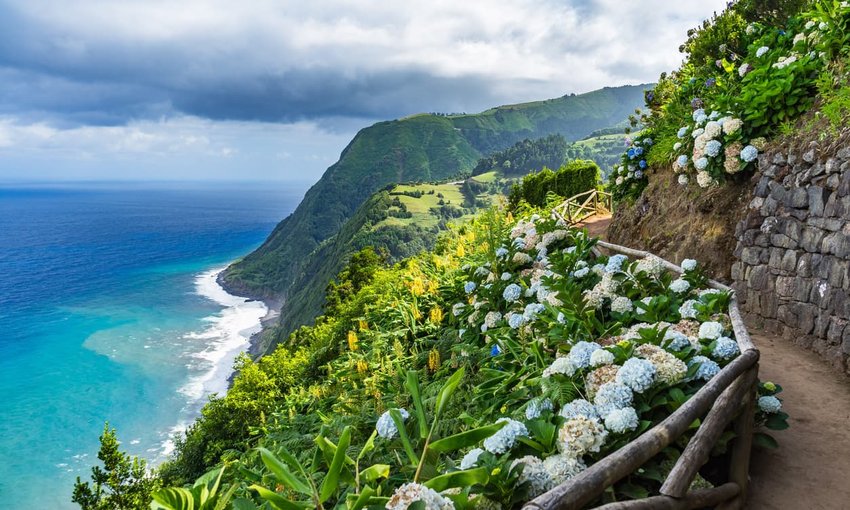 Hikers are in for a treat. Like Cape Verde and the Canary Islands, the volcanic scenery of the Azores is a major draw for visitors.

Only one of the nine islands is missing a volcano – trivia fans, that’s Santa Maria – while across the rest of the island group you’ll count 26 considered active or dormant. The good news for 21st-century tourists is that most recent eruptions have been of the subterranean kind, though earthquakes are more common. Nevertheless, Sete Cidades caldera is one of the most photographed sights on São Miguel -- its twin lakes, one blue and one green, separated by a narrow strip of rock make for stunning photographs. Make your way to Vista do Rei viewpoint for that iconic panoramic shot. But don’t stop there. If anything, the path to the Miradouro da Boca do Inferno is even more breathtaking. 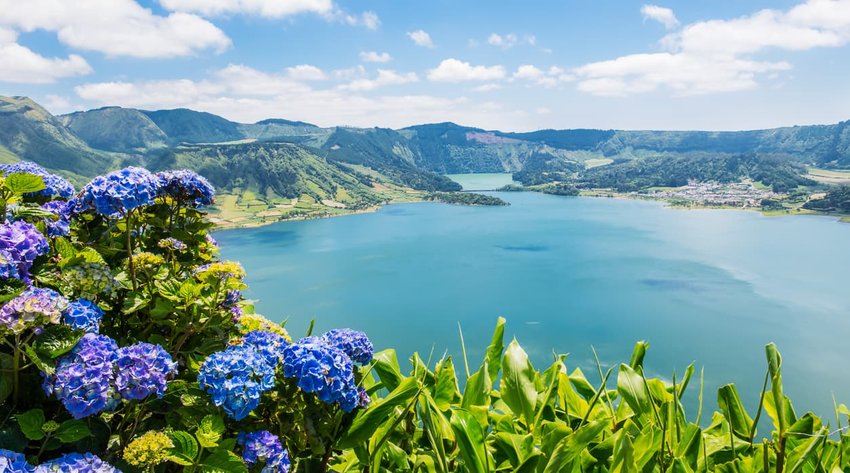 Mount Pico, which dominates the island of the same name, stands 7713 feet above sea level, which makes it the highest point not just in the Azores, but in Portugal as a whole. The volcanic cone by itself is 70 meters high. It’s a challenging but popular hike, though you can cheat and get about halfway up by car. 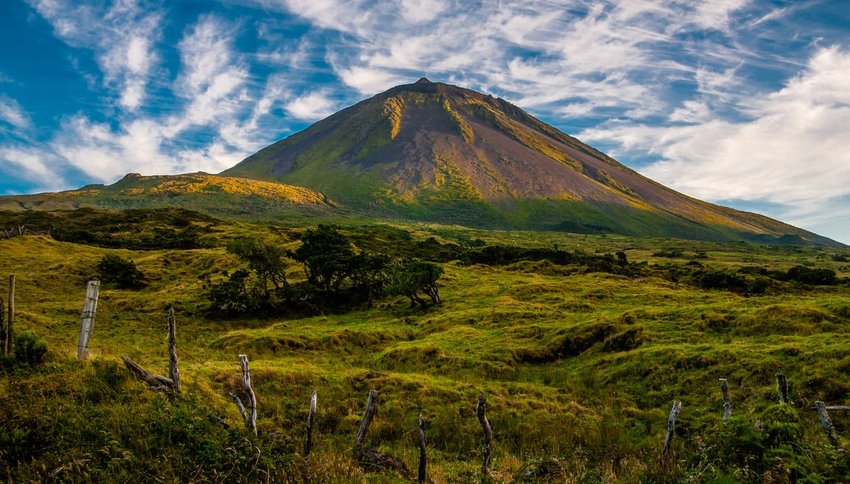 The many vineyards at the base of Mount Pico are an indicator of the soil fertility, but try the wine for yourself to see just how good it is. Another volcanic peak worth checking out is the Bocas de Fogo on São Jorge Island, whose name translates to “mouths of fire”.

Luxuriate with a Spa Day 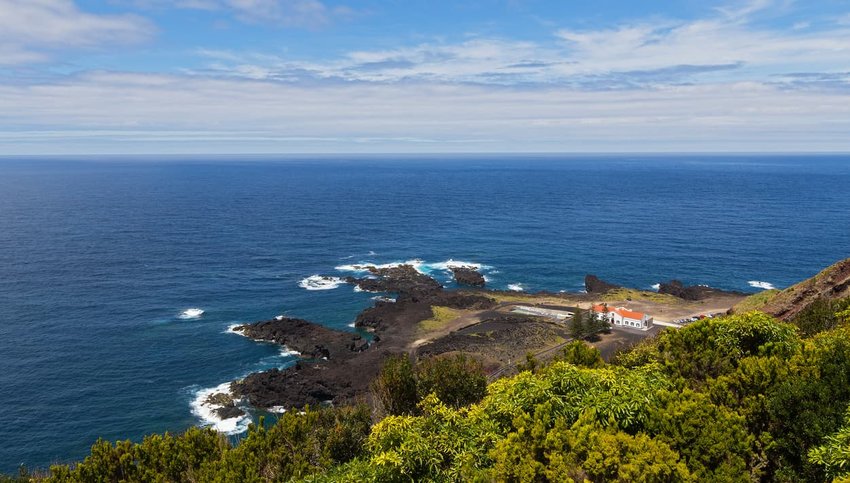 Not surprisingly, given its volcanic origins, the archipelago provides a number of opportunities for visitors to take a dip in a hot spring. Hike down to Ponta da Ferraria, a small cove dwarfed by towering cliffs. The ocean here is naturally heated by a geothermal spring beneath the surface. Imagine topping up a bath that’s gone a bit cold and feeling the hot water with your toes – now supersize it and you have Ponta da Ferraria. It’s best between high and low tide, so time your visit accordingly. São Miguel is also where you’ll find the tiny Termas das Caldeiras, a good alternative to the busier Caldeira Velha which attracts tourists by the busload. 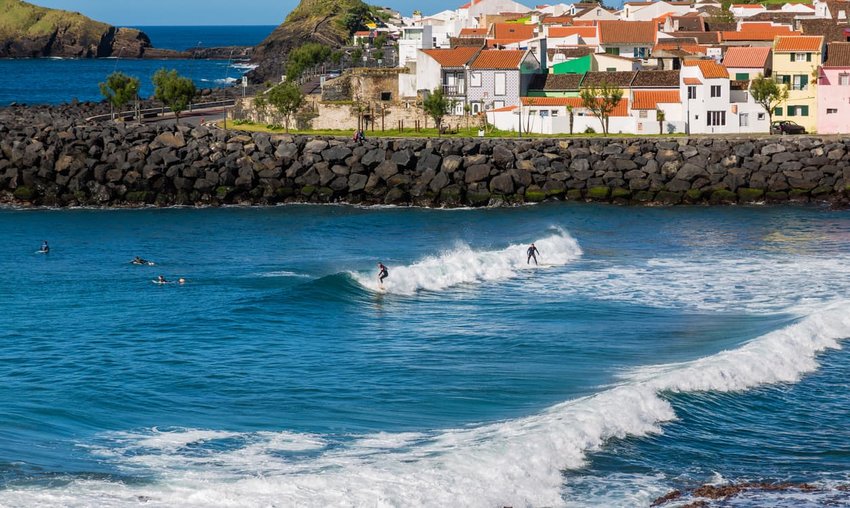 Walkers, of course, are well looked after in the Azores, but thrill seekers looking for something a little less tame will be equally spoiled. São Miguel, São Jorge and Flores offer canyoning options, with the latter providing the most choice when it comes to an itinerary for every level of skill. With so many waterfalls cascading into ravines, it doesn’t get much better than this. Mountain bike trails criss-cross the islands, with the exhilaration level up to the individual – go as wild as you like. Add to the mix scuba diving, surfing, horseback riding and kayaking and whether you opt for land or sea, there are plenty of opportunities to score your adrenaline rush. 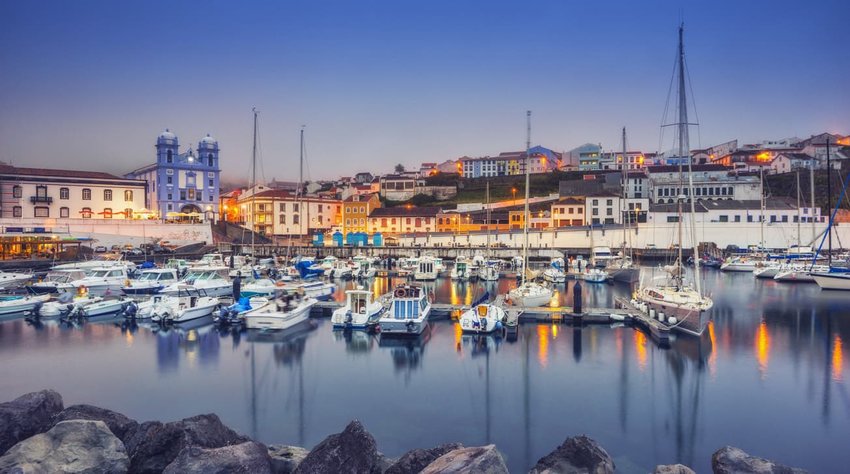 The cheese in the Azores is so good, they export half of it to Portugal. Make your way to the island of São Jorge which specializes in its production, particularly a tangy hard cheese made with raw milk. The island’s altitude suited the rearing of dairy cows and the presence of immigrants from Flanders sped the process along in the early days. 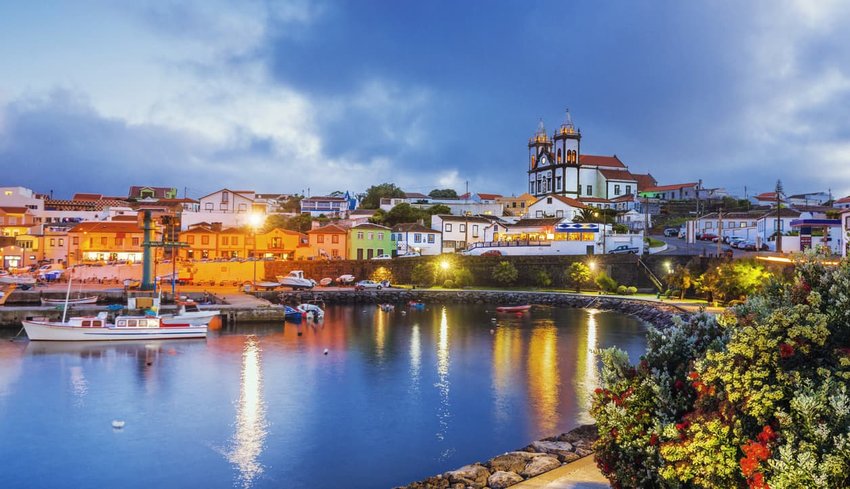 The landscape’s also responsible for Cozido de Furnas, a rich stew slow-cooked in the ground in specially dug fumaroles. Tropical fruit’s prevalent, particularly on São Miguel where you’ll find a full-blown pineapple plantation. The fruit was introduced when the orange groves were hit by a blight in 1860. Given the proximity of settlements to the sea, it’s no shock that fish features so prominently on an Azorean menu. Ribeira Island is known for its cracas, a type of barnacle which is served boiled, chilled and eaten with a pin. Angra do Heroismo is a good place to find them if you’re game.